The Kooiman-Boendermaker-Luther Foundation aims to promote research, education and dissemination of knowledge about Martin Luther and his theology, as well as the history of Lutheranism in general and that of Lutheranism in the Netherlands in particular. To this end, the foundation has established a endowed professorship at the Theological University Kampen. This chair is occupied by Prof. Dr. Sabine Hiebsch.

As of January 1, 2019, the Dutch Mission Council established a endowed chair at Theological University Kampen. The Executive Board has appointed Dr. Gert Noort as endowed professor on this chair with the name David Bosch Chair for the Comparative Study of Mainline Protestant and Evangelical Mission. This endowed chair aims to contribute to the study of differences and similarities between missionary organizations of Protestant and Evangelical signature, from their theological principles and in their missionary practices, by means of research and education. Particular attention will be paid to factors which promote or hinder missionary cooperation. In interaction with missionary fields of practice, the mutual significance of Protestant and evangelical missionary organizations is explored.

Dr Jaap Dekker is professor by special appointment in Bible Research and Christian Identity at the Henk de Jong Chair. This special chair, established in 2014 as a result of the Netherlands Reformed Ministerial training at the Theological University of Apeldoorn, moved to Kampen in 2018.

The educational charge of the chair entails exploration and hermeneutic thnking through of the questions evoked by modern and post-modern Bible research in relation to the Christian identity of the church. It is connected to, and builds forth on, the work of Dr Henk de Jong (born 1932; study supervisor at the Netherlands Reformed Churches’ theological study supervision from 1969 up to 1998 and honorary doctor at TU Kampen since 2019.)

De Jong has made an important contribution to the search for a Christian hermeneutic of the Old Testament, a contribution which, while primarily identity-related, is also worth introducing into the current academic debate, to be discussed and adjusted, deepened and made fruitful within modern and post-modern bible research, which is prone to fragmentation. The current chair holder’s research has the Biblical and theological outlines of the book Isaiah as a spearhead and is part of the research programme Discriminating Love by the research group Biblical Exegesis and Systematic Theology (see  here ) 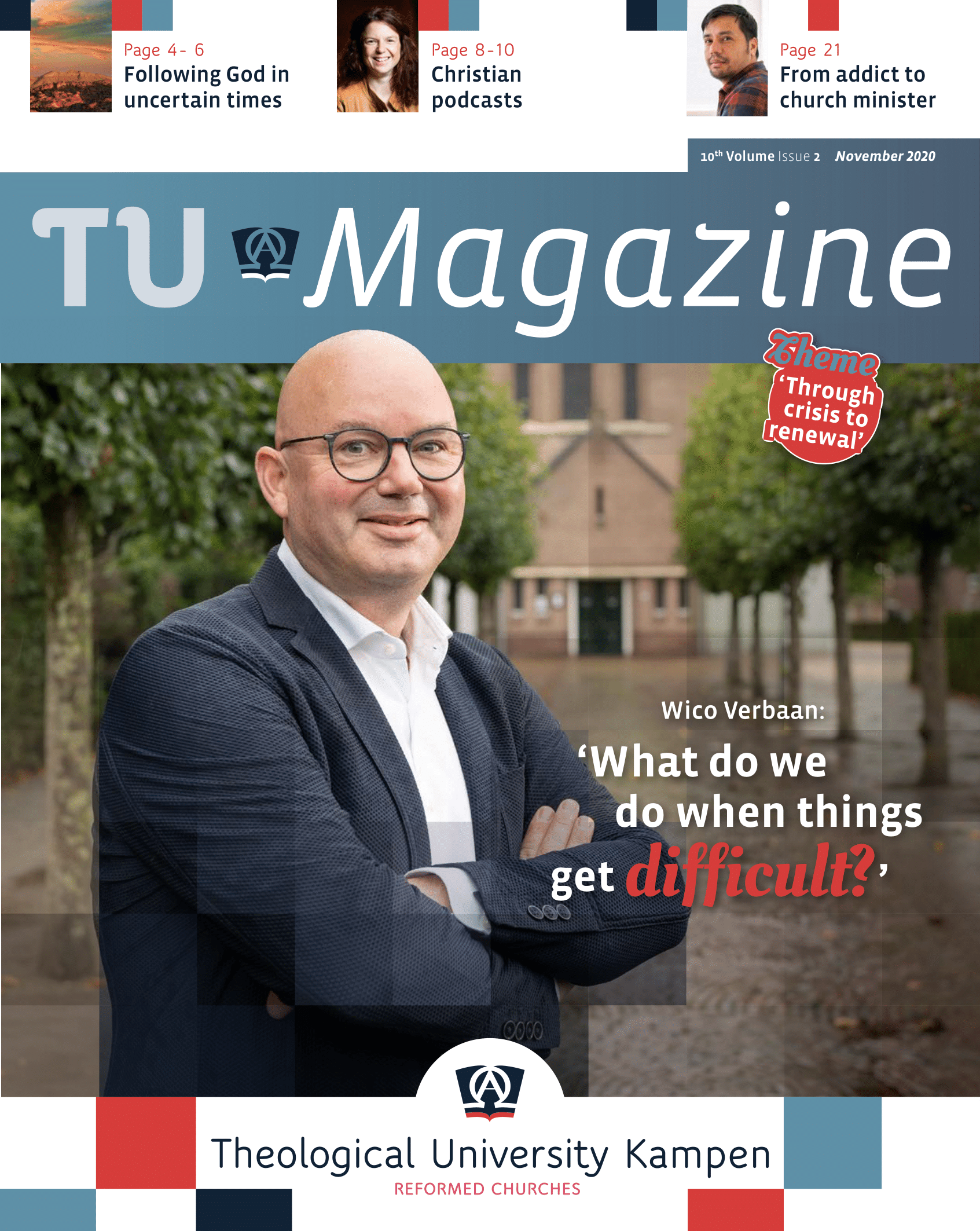